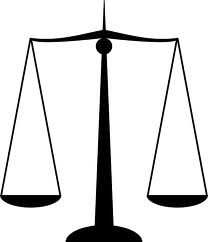 We hear a lot, lately, about the fact that some practitioners – Registered Investment Advisors and Advisory Associates – are subject to a fiduciary duty while others – insurance agents and Registered Representatives (often called “brokers”) – are generally not. The RIA community is in favor of a “unified” fiduciary duty, which, they feel, should apply to both investment advisors and those who give investment advice in connection with selling products. The broker/dealer community, and most registered representatives who are not also investment advisors, opposes such a unified rule. But it’s not a simple issue - certainly, not as simple as many make it. Fiduciary duty has several key components:

The disagreement over whether insurance agents and brokers ought to be subject to the same form of duty as investment advisors has, in some quarters, become a rather bitter feud. Agents and brokers, some unified duty enthusiasts claim, are opposed to a unified fiduciary duty because they object to having to hold their clients’ interest ahead of their own. That is both overly simplistic and, frankly, insulting. Practitioners who hold CLU®, ChFC®, and/or CFP® credentials have pledged to do so and many non-credentialed agents hold the client’s interest first because it’s not only the right thing to do but good business practice. For their part, some opponents of a unified duty claim that the RIA community is simply out to make life more unpleasant, and doing business more expensive, for brokers and agents. These ad hominem arguments serve only to muddy even further an already difficult issue.

The main problem, in the author’s view, comes when some characteristics of a form of the fiduciary duty are viewed as indispensable and applicable to all to whom the fiduciary duty applies. For example: Portfolio managers, investment advisors, and trustees typically owe a duty of ongoing care to the client. Part of that duty requires that, if the fiduciary observes that circumstances have changed, calling for a change in the portfolio/trust, that fiduciary must inform the client. In some cases (e.g.: where the advisor has discretionary authority), that advisor is obliged to make the changes required.

All of that makes sense - for portfolio managers and trustees. It does not make sense, in my view, when the advisor has been hired on an "ad hoc" basis, to do a specific task (e.g.: sell a particular product or do a "one time" financial plan), where the client has not agreed to an ongoing advisor/client relationship (and may, in fact, have opted explicitly for a "one time" service).

When a Fiduciary Duty Makes No Sense

A portfolio manager or trustee is held to the high fiduciary standard partly because he is in a position to benefit the client by exercising his skill and diligence or to injure the client by failing to do so. But consider the insurance agent who sells a fixed, "declared rate", annuity to a client. Once the policy has been issued, what can that agent do to benefit or injure that client with respect to the money in that annuity?

Answer: Nothing! The issuing insurer will credit interest as it chooses and the agent can do nothing to change that. One can argue that the issuing insurer's financial status could go south quickly, in which event the advisor should inform the client. And it's arguable, at the very least, that the agent has a duty to do so in that situation. But what else could happen, with respect to that annuity, over which the agent has any control?[1] Imposing a duty of ongoing care to that agent, particularly if he is later on no longer contracted with the insurer, is absurd.

Problems When Fiduciary Duty is Imposed

EXAMPLE: Barry, an agent with a large insurer and registered representative of its broker/dealer, sells a variable deferred annuity to Joyce. Several years later, Barry changes his investment firm affiliation and learns that the contract he sold to Joyce is a proprietary one, which may not be serviced by other than a registered rep of the issuer’s broker/dealer. Barry is now unable to provide service to Joyce for that annuity or even to receive statements unless Joan sends him copies. How can Barry be held to a standard of care which he is prevented from exercising?

Here's another. The disclosure of all conflicts of interest means that an advisor subject to fiduciary duty must disclose all compensation. That duty already applies to Registered Investment Advisors and those who act as such (even if they do so unwittingly). It does not generally apply to insurance agents. But suppose those who lobby for a "unified" standard have their way and all insurance agents are obliged to disclose all commissions.

1. What level of commissions do they disclose? Agent level? All levels, including overrides and "office expense allowances"? What if the agent does not know how much his General Agent or Independent Marketing Organization is paid for cases he submits through them?

2. That issue aside, cui bono? Who benefits? The client? Will knowing how much an agent pockets help the consumer to make a better buying decision? Consider an example: Joe, an agent at a "wire house", recommends to Sally a variable annuity. Joe's commission is 35% of the broker/dealer concession (gross commission). Later, Bill meets with Sally and recommends the very same annuity contract. But Bill, who has a General Agent's contract with the insurer, gets 90% of that broker/dealer concession.

What can Sally make of that difference? Does it indicate that Joe is somehow better, or more client-centered than Bill? One thing we know for sure: If Sally buys that annuity from either agent, her benefit and her cost will be the same.

These are questions that many of those who insist upon a "unified fiduciary standard" sometimes fail to consider.

What is needed is a recognition that the essential components of a fiduciary standard may, and should, apply to all who give financial advice for compensation, but that the particulars of that duty must vary to suit the activities of those held subject to that duty.

[1] It’s also arguable that if the annuity contract in question is a fixed index annuity, ongoing duty may be more applicable, due to the changing values over time of the “moving parts” in such contracts. The same is, in the author’s opinion, true when the contract is a variable annuity. 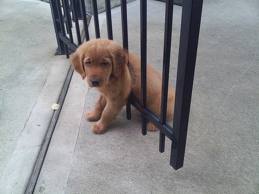 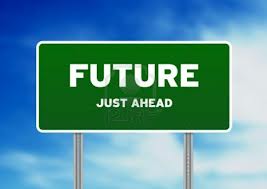