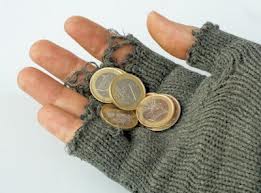 You've seen all of the studies indicating why people don't or cannot save for retirement.  They offer reasons such as the economy or unemployment rates, lack of tax incentives, etc.  But there is a far more compelling reason almost never discussed. And it's the fault of all of us advisors and financial institutions.

This problem won’t be solved by greater tax incentives. It will also not be solved with more education. Education assumes ignorance, but is there a baby-boomer that does not already know they don’t save enough?

The basic problems we have not solved as financial advisors are:

We can fix both of these problems.

First, let’s stop telling people to save for retirement at the cost of less fun today. Rather than taking money from consumption, we need to be smarter, and show Boomers these solutions:

Boomers will be happy to save for retirement if they can do so painlessly—without giving up the BMW and exotic vacation. If you want to get a crowd at a retirement planning seminar, start with the title “How to Plan a Comfortable Retirement without Giving up Your BMW or Exotic Vacation.”  Since we have already programmed Boomers to believe they won’t have enough and they will need to sacrifice today, we will need to yell the new message that they can still have their fun.

Next, WE need to get it. No matter how much we tell people what to do, they rarely do it.  But if they realize what to do and believe it’s their idea, they do it. People have such self-realizations when they need to think for themselves, and you can initiate that by asking them questions. Here’s how that sounds:

Advisor: How come you don’t have a plan?

Bob: I already spend too much—where would I get the funds for a retirement plan?

Bob: Sure—I could cut out lots of things, but that’s not what I really want to do.

Bob: I have a late model BMW. I could drive a Chevy, but who wants that?

Advisor: It sounds like you’ve been pre-programmed to believe that preparing for retirement means you need to sacrifice today. Is that correct?

Bob: Yes, but isn’t that true?

Advisor:  No. Let me ask you—do you have any credit card debt or debt on your car?

Advisor:  If I could hypothetically show you how to save $300 a month on that debt, would you be willing to put that into a retirement fund?

Bob: I won’t have to give up anything?

Notice that in the above dialog, our brilliant advisor avoids doing what most advisors do—telling the prospect what action to take. Instead, the advisor only asks questions and the prospect has their own realization.

If we could control our own excessive talking and telling, and teach ourselves to enlighten through our questions, we may just be able to save 78 million people from financial disaster.